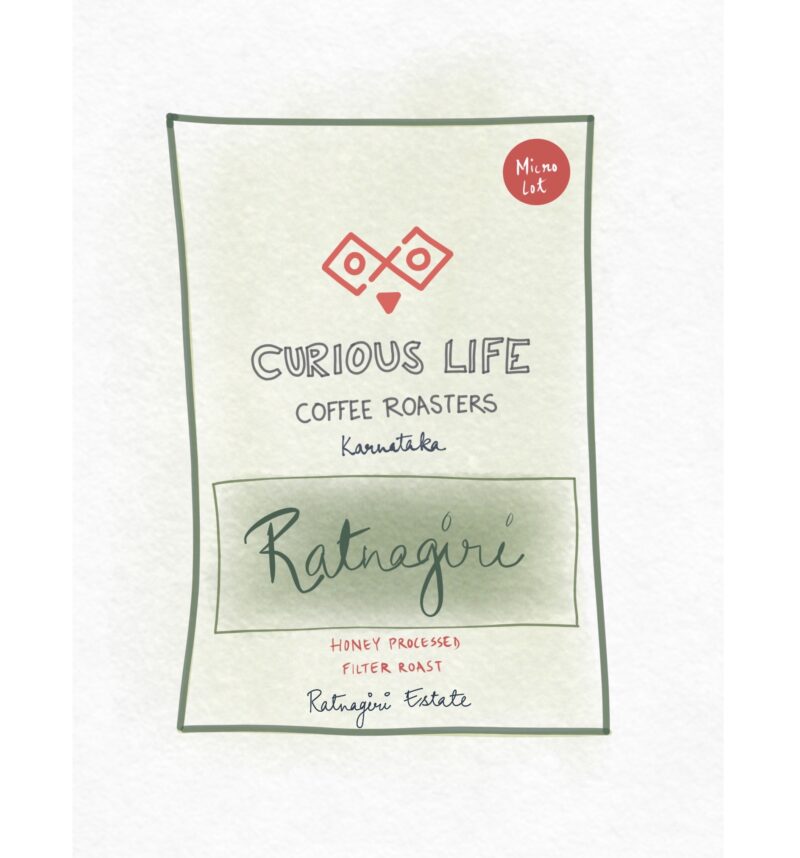 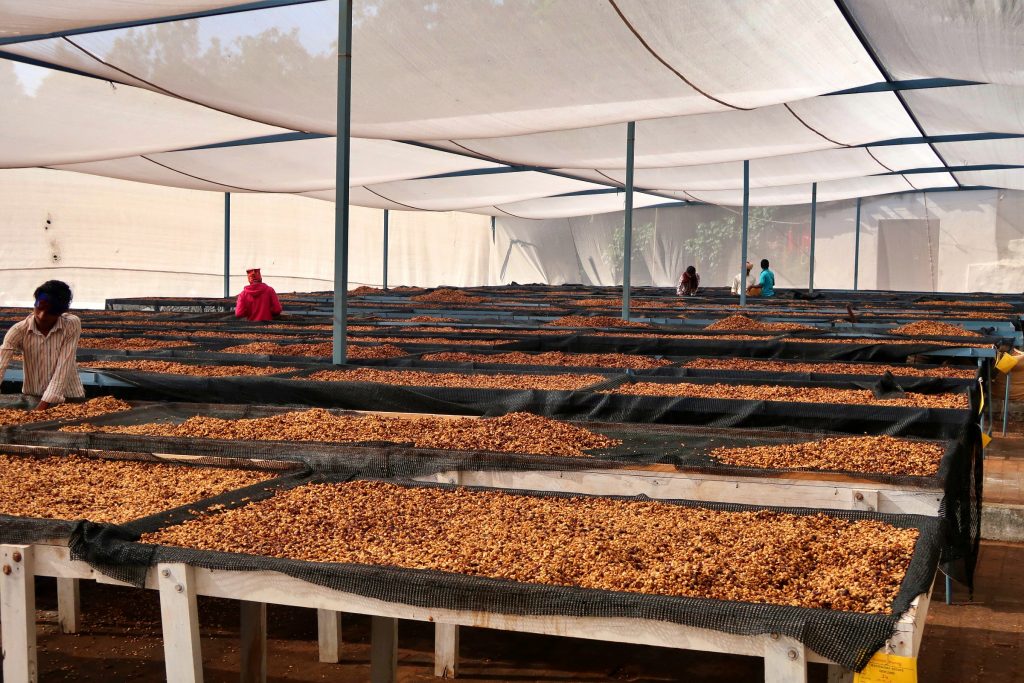 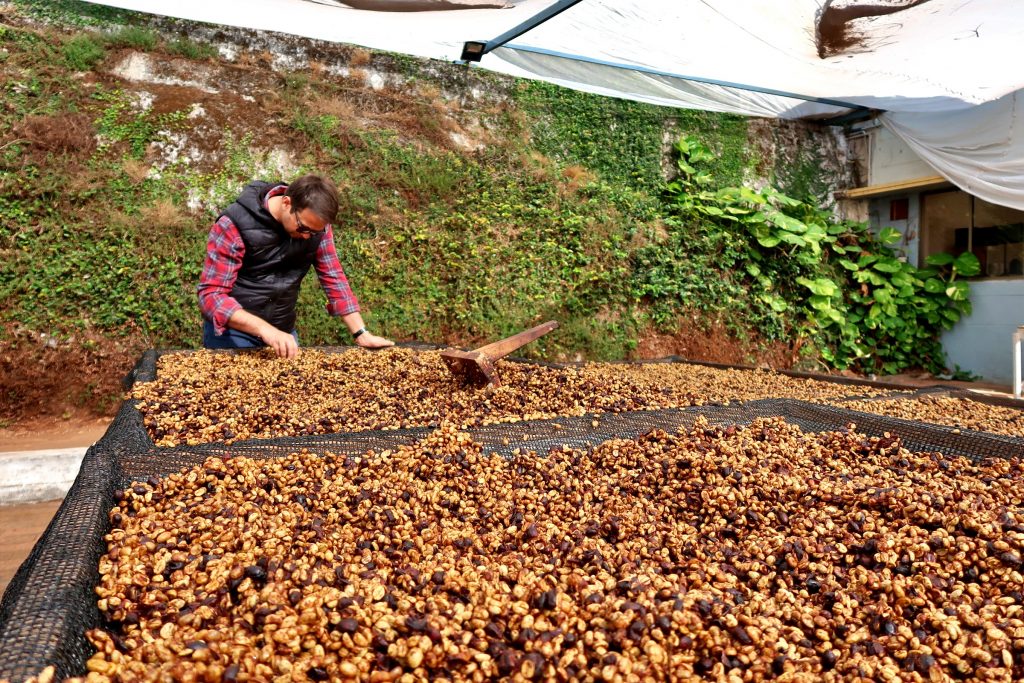 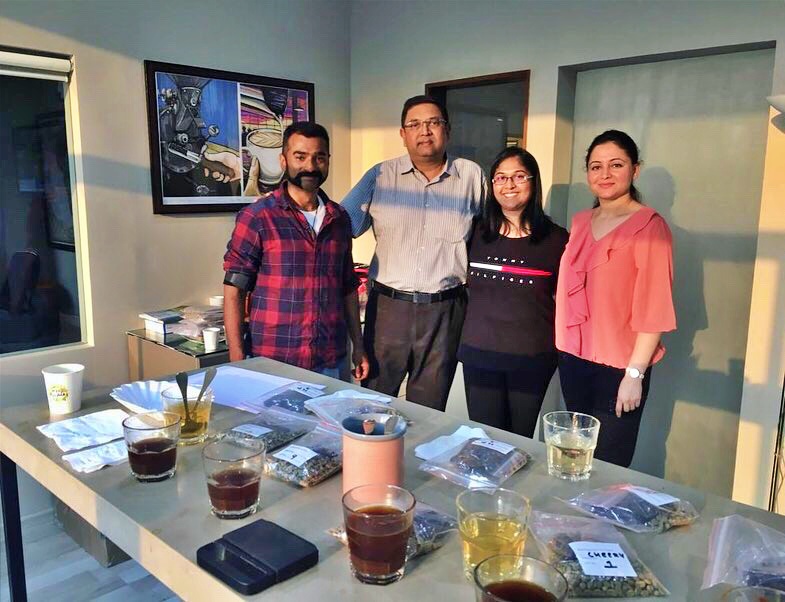 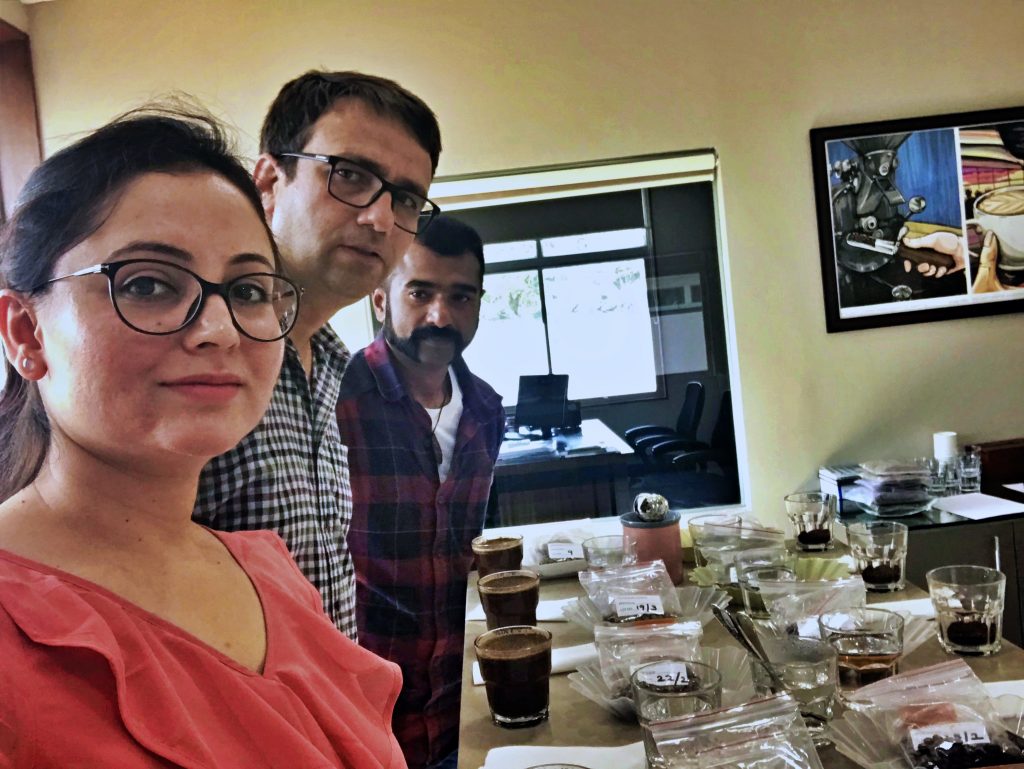 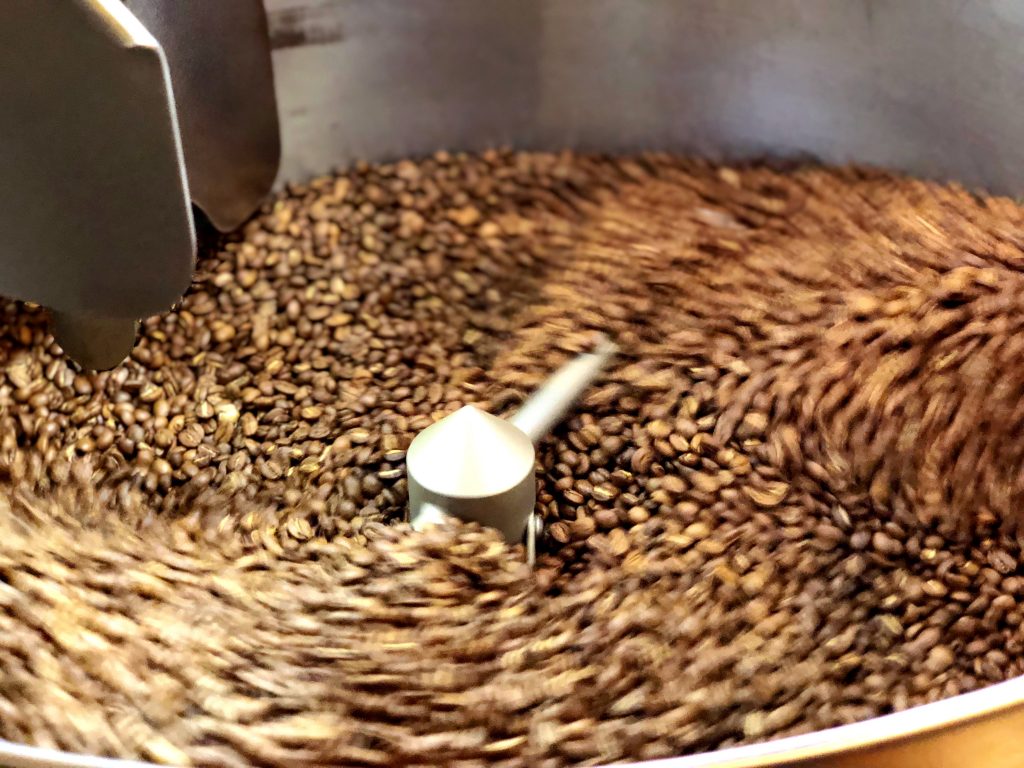 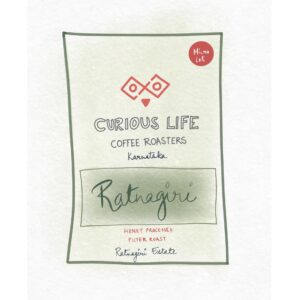 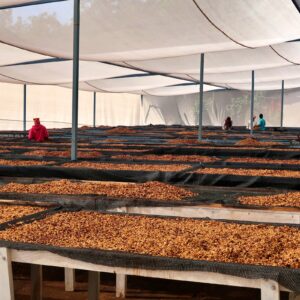 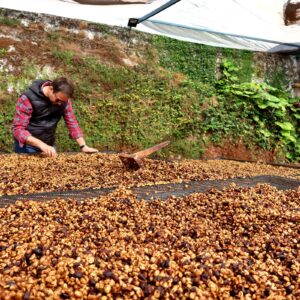 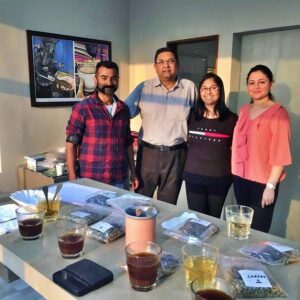 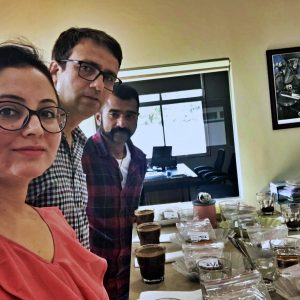 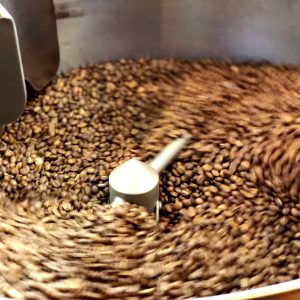 One of the finest honey processed/ natural we have ever come across in India!

This is a black honey processed coffee, where once top skin of coffee is removed most of the pulp is still sticking with bean after bit of drying it turns black and hence the term. This process is more inclined towards natural process and I expected more natural flavours. When we cupped it, we were pleasantly surprised with clean notes of rum, lychee, apple and pineapple.

Unfortunately this microlot was only 200kg and Ashok had to equally divide it between a buyer in UK and us who wanted to present this coffee in London Coffee Festival.

So we have only 100 kg of this one, which means only 85 kgs of roasted coffee. After a few trial roasts we are left with only about 70 kg, which is not enough even for our internal consumption. But we have decided to keep 35kg for our online buyers.

You must grab your bag before it vanishes away.

Ratnagiri Estate at times also known as Pearl Mountain Estate, is the first estate we started to work with when Neeraj made his trip to Chikmaglur in 2014, December before starting our first Café in Sept 2015.

Mr. Ashok Patre’s grandfather planted this plantation in the beginning of 20th century. It’s a wonderful tale how that gentleman used to travel on bullock cart through rainforest in Mulangiri range. His hard work and passion can be seen through this meticulously planted estate and how Ashok and his coffee enthusiast wife have taken it to another level. Few years back, most of the coffee from this estate was being sold as commercial coffee like most other plantations of the region. 2015 onwards Ashok has focused on improving the standards of coffee and results are outstanding.

When Jacob and me reached Ratnagiri Estate at nightfall, I was real tired after 6 hours of driving and just wanted to crash in the bed. But when I reached the drying yard, I was simply awestruck by the effort Ashok had put in. Most of the coffee was being dried on raised beds with a shade over entire lot, there was order in every bit of the effort and I told Jacob that this harvest would certainly be much better than what we had in the past. There was no network for the mobile phones and I wanted to speak to Ashok to congratulate him for his work. My fatigue had vanished and I found myself running uphill to get some network..

We shall be getting even better coffee with the upcoming harvest.

There are no reviews yet.

Be the first to review “Ratnagiri Honey Microlot” Cancel reply

LET’S FIGHT IT OUT TOGETHER, STAY HOME - STAY SAFE

WISH YOU ALL FAIR WINDS TO SAIL THROUGH THESE ROUGH TIMES